The origin of Perticara’s sulphur ore is linked to the evaporites, mineral sediments left after evaporation and formed from the deposit of minerals naturally present in water from the Messinian period about 6 million years ago.

Due to the closure of the strait of Gibraltar and the intense evaporation of the seawater, there was a progressive increase in the saline concentrations leading to a selective precipitation starting from the least soluble compounds to the most soluble. This change of salt content in the Mediterranean Sea favoured the release of calcium sulphate (CaSO4) and the formation of sediments called “gypsum-sulphurous formation”. The presence of sulphur could be linked to the effects of bacteria, which in reservoirs with poor circulation, were able to “extract” sulphur from the water containing both H2S and S04-, or through the reduction of gypsum and sulphates, after sedimentation, occurring exclusively in a liquid environment, in the presence of bituminous substances and/or hydrocarbons.

Perticara’s sulphur deposit has a surface area of about 5km² in an area defined by three fault lines and appears to be formed by 13 layers of gypsum, of which the last five are mineralised in part. Four of these have a depth of about 2 metres while the others appear decidedly more consistent, so much so that they are named “maestro”/”master” thanks to their thickness of around 22 metres in the centre of the deposit in comparison to the 14 metre thickness at the edges. The Perticara Mine was characterised by its conspicuous presence of bitumen but above all for the discovery of the splendid crystallisations that enrich the most prestigious collections and museums around the world. The largest sulphur crystal in the world was extracted from this mine and donated to the Natural History Museum of Milan in 1936 by engineer Elvino Mezzena.

An immense city under Perticara

The incessant hard work done by the miners created and immense underground city now concealed below Perticara’s subsoil. Centuries of exploitation of the reserves has obtained nearly 100km of galleries, inclines and shafts distributed over 9 levels, 700 metres deep and 60 metres under sea level. Over time different methods have been employed to collect the mineral, from bord and pillar mining to backfill mining where waste rock or soil is used to fill a void created by excavation in order to avoid collapses. The vastness of the subsoil as well as the necessity to separate large numbers of miners going down to work from the sulphurous rock directed out to the top to be processed, together with the importance of airing kilometres of galleries allowing oxygen to flow into the depths of the earth while expelling toxic gasses, meant that it was vital to construct numerous accesses. The Vittoria, Perticara, Parisio and Mezzena shafts and the Monte Pincio, Savignano and Tornano inclines were added to the already existing Croce, Alessandro, Paolo and Montecchio shafts and the Fanante incline, which in synergy permitted the smooth running of the workings under ground. 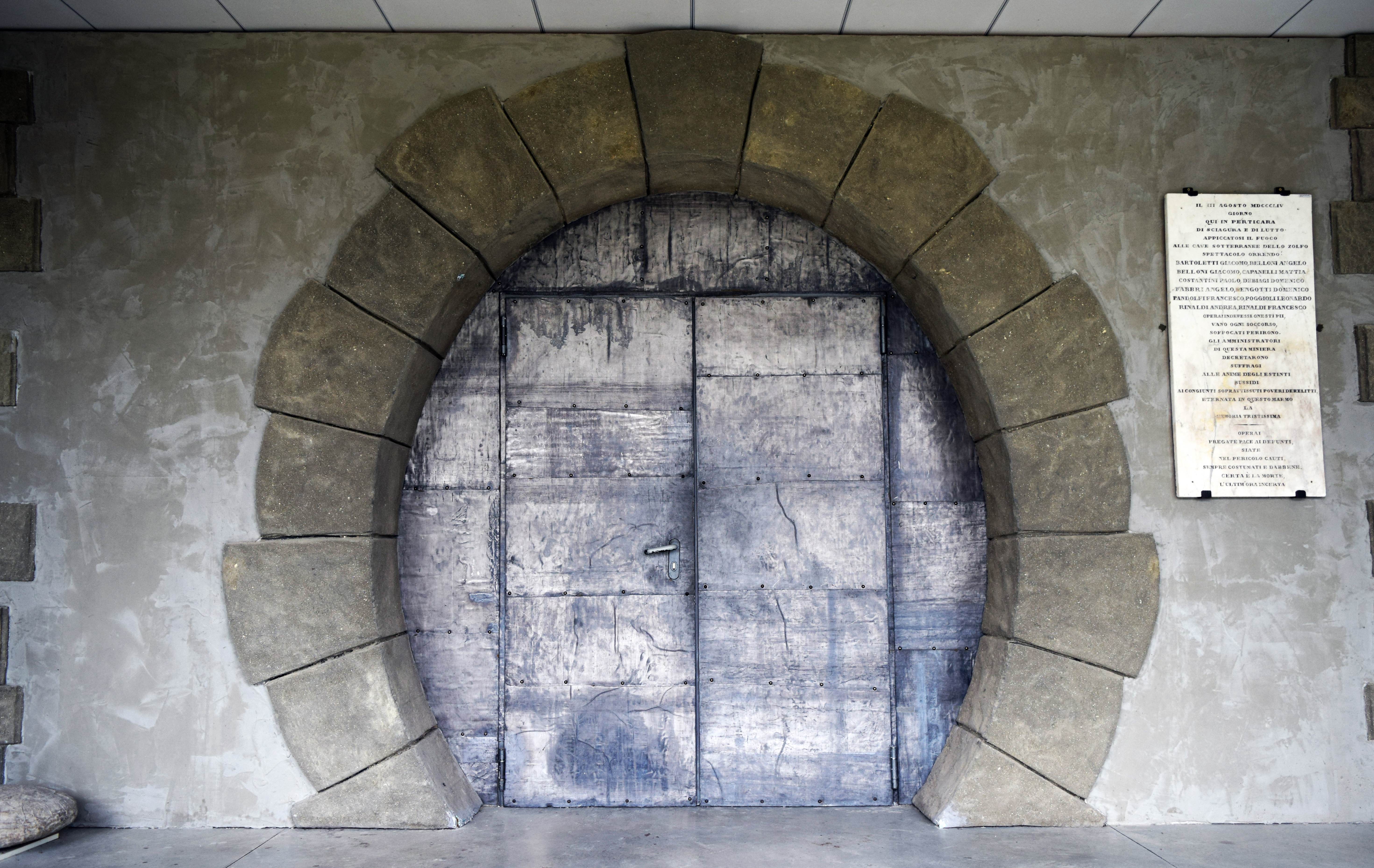 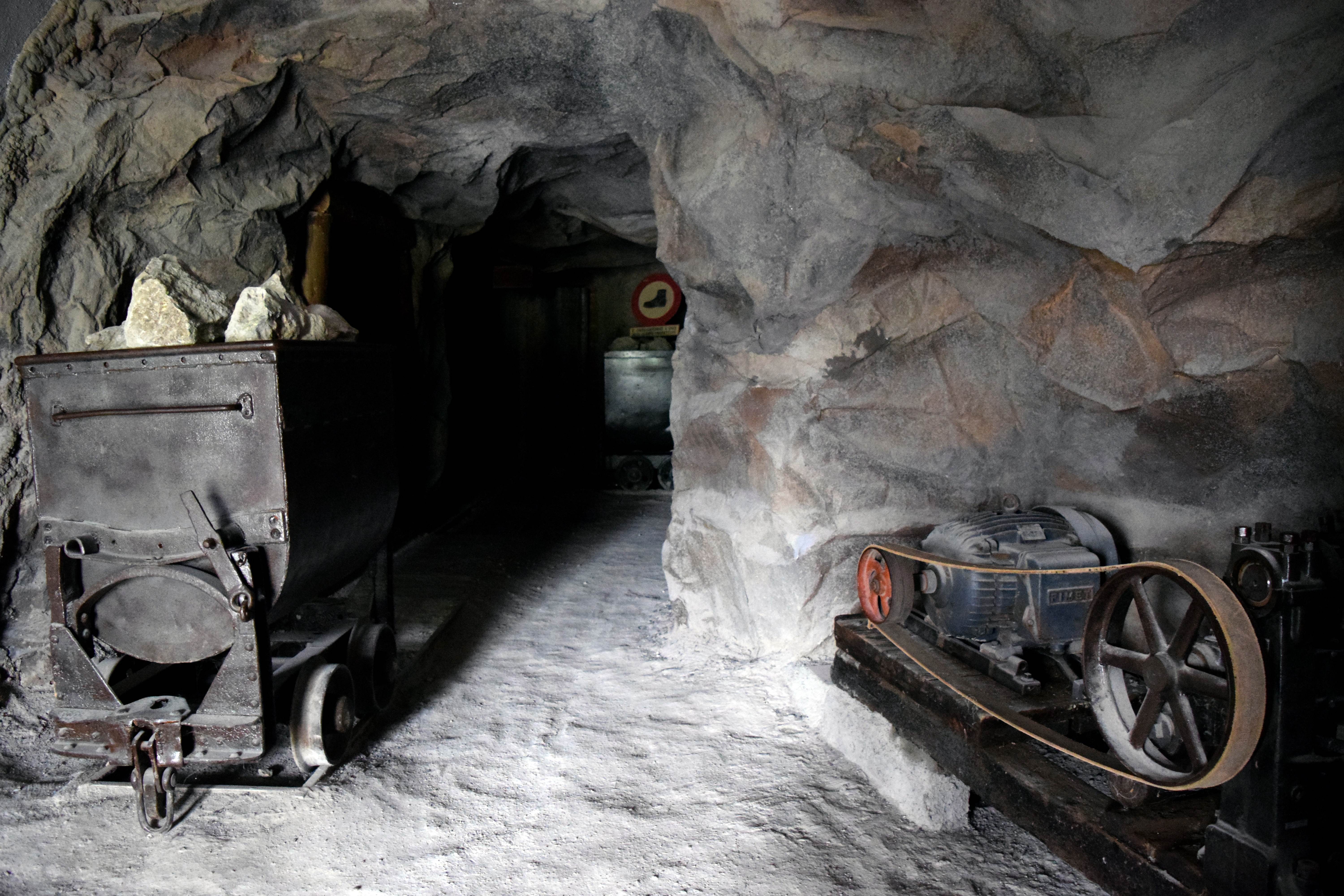 Sulphur Museum suggests a succession of underground scenically rebuilt yards: the artificial mine’s route allows you to walk through the original working environments that shows the evolution of mining activity from the 17th century to the 20th century arousing engaging and exciting suggestions