Perticara and its mine

Until a few years before it closed, Perticara was considered the largest sulphur mine in Europe. Over 1600 people were employed in the mining works of this small town, even the related industries profited remarkably and many came from all over Italy to obtain a steady, well paid job. From 1917, when the Montecatini Society took up the concession to exploit the deposit of Perticara and the cultivation of the mineral increased, it was clear to see the first signs of modernity coming into view. Electricity had arrived, at first, only on the industrial sites and then later, also in the home, an aqueduct was constructed and the houses, at least those destined for the directors and the employees, were supplied with sanitation facilities, running water and telephone lines. Over a short period, the shelves in the local shops and the consumer cooperative were filled with items, until then, unknown or difficult to find such as olive oil, sticks of butter, veal, vermouth, jam in jars, coffee and chocolates. In the more modern bars, locals sipped liquors and aperitifs while watching the first television transmissions. A small hospital, constructed between Perticara and the site at Certino, was easily accessible by the miners injured at work. Four cinemas and two theatres scheduled high quality shows and ran the latest films. In the summer, the Miners Band played and there was always a reason to have a party and socialise. The working men’s club library offered time to relax and the stimulation to learn to read and write. Life was frenetic. Time and daily rhythms were governed by work shifts, the Certino siren, pay day, the sounds of the works and the pungent odour of sulphur that floated over the countryside, the squeaking of the cableway and the trucks that made the roads muddy in winter and dusty in summer. The economic fabric woven around mining centres was that of the modern and industrial kind, a model diffused throughout Italy from the 1950s when the economic boom exploded. The real novelty for the miners was the monthly paycheck, which meant that within a couple of decades they were able to create a general wellbeing, cancelling out the final signs of arrears of rural life.

Work in the mine, however, was very hard, often dangerous and caused the deaths of a number of miners. The dark, dust, hard work and collapses meant that a miner’s job was definitely one of the most fatiguing in the world. They were lucky to go back to daylight and air after their shift. They lived in a world where days, nights and seasons all rolled into one, while they made their way through the galleries, excavated in the depths of the earth, all in the search of sulphur.

The closure of the mine

One day in April in 1964 groups of workers and sad and anxious miners stood at the mining works near the shaft and declines worried about their future. The noises surrounding them were quieter than normal. The workshops and the joinery had been out of service for some time already, little sulphur was being brought up to the top and the smelting ovens were finishing their last cycles. Many were empty, never to be lit again. The joy, that until late had filled the air at the end of the shifts, was now gone and replaced by murmurs and uncertainty. Many miners had already left and those still there knew that soon they too would have to leave. The rumors were spreading that the Montecatini Society had changed its mind. Unfortunately, that was not the case and shortly after, the mine was closed. Even in the town, life had been suddenly toned down. The centre was deserted and a real life drama had hit Perticara. Many packed their suitcases along with a few treasured belongings hoping to meet their destiny in northern Italy.

The first band, formed on the 8th of September 1860, was made up completely by miners. With time a second band was set up in Perticara and soon the rivalry and competition between the two groups was order of the day, however, the philharmonic society knew how to organise and run the two bands simultaneously. After a good few decades of antagonism, the engineer Valsecchi was able to unite the two groups and the event was celebrated on the day of San Martino in November 1929. The crisis connected to the closing of the mine also struck the band which was formed mainly by the miners who now had to find work elsewhere. The temperament of the people of Perticara, who were determined not to lose such a strong tradition, generated a reorganisation of the band and the music school, indispensable for the diffusion of musical culture and the replacement of all of the members who had to abandon the town. The band was able to overcome the most difficult moments, regaining its historical importance and in August of 2010 celebrated its 150 year anniversary. 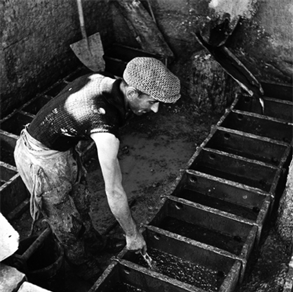 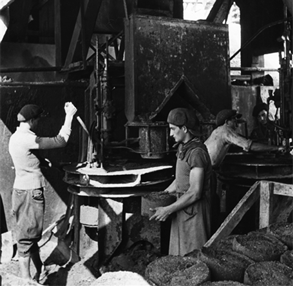 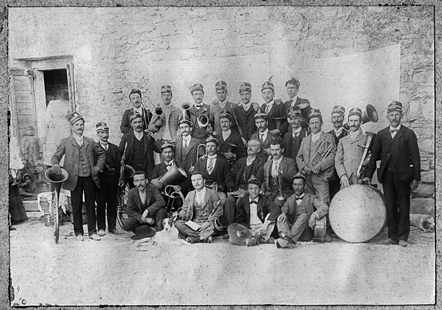 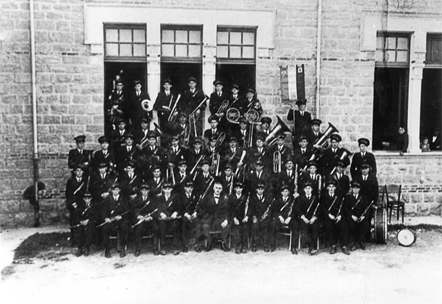